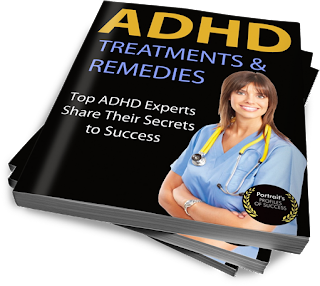 The treatment modalities mainly fall into two categories. They are the use of medications and the use of behavioral modalities. More often, unless it is a very mild case of ADHD where only behavioral methods are helpful, both treatment modalities are utilized. The behavioral methods are done in multiple settings e.g., home, school and after school programs. This includes my advising parents and making behavioral plans based on rewards and consequences. Talking to schools to help educate and develop a proper plan that has been tailored to that child. It is necessary to explain to the teachers what ADHD is for that particular child and what kind of interventions might help. For e.g. some children might have to be in a smaller class setting or might need extra time in order to take tests.

Other non-medication methods I use are various therapy techniques to help children with ADHD develop specific skills. In the younger children, for example I use Lego building activities or building with Erector sets. Alex was 5 years when I first saw him for the treatment of ADHD. He was a happy, spunky and fun loving kid who could not complete a task without quickly giving up or getting angry and frustrated. He had the attention of a flea but the capacities of an engineer. We spent our first few sessions building a small Lego car. During the process I had to slow him down and show him the little steps and strategies that go into building Legos. For example, I would tell him to look at each page and gather the needed pieces. I would have to have him follow my finger and scan the pieces on the table to find them. His initial responses would be, “I don’t see it,” in frustration even when it is staring him in the face. Gradually as he picked up on the scanning skills he began to enjoy the process and internalize the simple techniques I had taught him. This exercise taught him organization, impulse control and patience and also helped with fine motor skills. As he mastered the art, his confidence improved and his abilities in school improved. One day, after many Lego kits he told me he wanted to become an engineer because he had realized how good he was at it.

With teenagers I have used organizational skill building and games such as Chinese checkers to help with forethought and proper planning. They can use modern devices like iPads and iPhones to keep schedules and reminders to keep them on task. These therapy techniques in combination with the right medications can turn a failing student into an A+ student. I also use The Turning Point Program and its philosophy of “Naturization” (5) to help children emotionally accept their ADHD so that once they accomplish this task their instincts can step in and take charge of their mindset. This will help them to take appropriate actions to position themselves in this world to be capable and successful individuals.

Jake was a 14 year old boy who had come to my office because he was failing in class. It was clear he had ADHD that was untreated for a long time that had led him to poor self-confidence and a lack of interest in school work. On top of this his parents were in a bad relationship causing a great deal of emotional stress. Over the years he had become lazy and uninterested in everything. During my treatment with him he came to terms with his ADHD and realized that it was only a part of his problem. With my help he was able to reconcile with his parent’s situation and work towards getting good grades so that he can depend on himself when he grew up. With the help of medication to improve his attention in school and my guidance as to how and why he needs to take charge of his life, he was able to quickly get back on track with his life.

Medications in ADHD: ADHD is a very treatable condition and is one of the most studied in all of medicine. After a parent has decided that they would like to try medications, I first go over the different types of medications. I tell them that the act of taking medications is not written in stone and the medications can be stopped at any time in case there are any side effects that are not tolerable.
The Stimulants: These medications come in two major groups of compounds, i.e. the methylphenidate (Ritalin, Concerta, Metadate, and Focalin) group and the dextro-amphetamine salts (Dexedrine, Vyvanse (a pro drug) Adderall and Adderall XR) They are very effective in treating the core ADHD symptoms of inattention, over activity and impulsiveness. They have the most robust and rapid effect of any of the ADHD medications. They can calm down aggression and oppositional behaviors. The effects are seen more immediately and can be easily adjusted or even stopped. These are controlled substances from the DEA point of view and can become drugs of abuse if not used properly.

Choosing the type of stimulant and the brand depends on the quality of the ADHD. Some medications like Concerta and Adderall XR are longer acting by the nature of dispensation of medication from the capsule or tablet. Hence these are taken only once a day. Short acting stimulants like Ritalin and Adderall might need multiple dosing. They can be used if a short duration of time needs to covered e.g., piano class on a weekend morning. The dose titration is different for each brand and the effects are dose dependent. I tell parents if a lower dose is no different from a higher dose then we can stay at the lower dose. But you will not know until the higher dose has been tried and no major benefit is observed. Most often there is an incremental benefit of the higher dose that the parent or teachers can see.

Like with all medications, there is no free ride. Most often these medications are well tolerated with mild and manageable side effects. I tell parents to give the stimulant after a good nutritious protein breakfast as they can decrease the child’s appetite during the day. The effect wears off by the evening making them hungrier. Sometimes the medications can make them moody, irritable and make it more difficult to sleep.  It is important to have a good sleep hygiene and regular sleep schedule.  The use of iPads, computers and other devices before sleep simulates sunlight causing a further worsening of symptoms. They can also cause headaches at times which can be treated with a small dose of Tylenol. Children can have rebound hyperactivity in the evenings after the medication effects have worn off.

Caution should be used in children with cardiac disease and collaboration with the pediatrician is important. I monitor blood pressure and pulse and if needed an EKG can be done by the pediatrician to monitor heart functioning.

Alpha – Agonists: This group of medications was originally developed to treat hypertension or high blood pressure in adults. They include the Guanfacine (Tenex and Intuniv) and Clonidine (Catapres and Kapvay). They are also well tolerated in children and are useful in the Hyperactive and Impulsive type of ADHD versus the inattentive type. Tenex and Catapres are short acting medications and need to be given multiple times per day. This can be cumbersome for the child and parents alike and also cause fluctuations in effects through the day. I prefer to use the longer acting formulations. Intuniv can be given once a day either at night or the morning and Kapvay given twice a day in divided doses.  They are preferred as alternatives in children who have comorbid Motor Tic and Tourette’s disorders. They can also be used to augment the effects of the stimulant medications especially in those who have poor response to stimulants or moderate to severe hyperactivity.

It is important to monitor pulse and blood pressure as they could cause a slow pulse rate and decrease in blood pressure. The signs of this are if a child complains of dizziness. Sometimes they can also cause sleepiness due to the sedative properties and hence Intuniv can be given at night time.  This often goes away in time.  It is important not to miss the dose of medication as it can cause rebound high blood pressure.

Strattera: This is a newer medication that is as good as the stimulants. It is used to treat the core ADHD symptoms of inattention, over activity and impulsiveness.  It takes time before it begins to act and hence is titrated gradually in small incremental doses up to a maximum of 100mg per day or 1.4mg/kg/day depending on the age of the child. It has been shown to be effective in those who have failed stimulant trials and those children who have anxieties along with ADHD.
It can cause side effects such as decrease in appetite and stomach upset. It is important to monitor liver function tests as it can rarely cause liver damage.

In clinical practice, I think there are two types of kids with ADHD, those who have some Hyperactivity and more Inattention and those who are always extremely Hyperactive with Attention out the window. In the first kind I prefer to use a single stimulant medication, i.e. either amphetamine or dextro-amphetamine (Dexedrine), mixed amphetamine salts (Adderall and Adderall XR), Lisdexamfetamine  (Vyvanse) or methylphenidate preparation (Concerta, Metadate, Ritalin) and dextro-threomythylphenidate (Focalin, Focalin XR). These are kids who predominately need the medication to be functional at school or other structured activity and in general can be hyper and manageable at home. In the second kind, I prefer to use medications such as Clonidine (Kapvay) and Guanfacine (Tenex and Intuniv). I find that the hyperactivity needs to be contained first and with more of a 24/7 coverage. A stimulant can be used in conjunction. Strattera by itself or with Clonidine or Guanfacine is also very effective in extremely hyper motoric children who need the benefits every second of their wakeful hours.

In summary, I think it is extremely important for parents to understand all aspects of ADHD and its treatment. It is crucial to find a good child psychiatrist who will take the time in today’s hurried medical practice to go over all of the information in the treatment methods for your child. Untreated ADHD can become a burdensome stress for both the family and the child. (5) It is like withholding insulin for a child with diabetes. Only the effects are perceived over time and may not be as imminent a threat as not having insulin. Untreated ADHD is a risk factor for the development of future addictions, juvenile conduct issues, oppositional and defiant problems, poor self-esteem and poor achievement leading to chronic disenchantment that can be misdiagnosed as depression.

There are many people who have innately understood their ADHD deficits and have developed coping skills and have become very successful.  However the road can be frustrating and tiresome. I think with the current availability of effective treatments, it is more important for parents to identify these issues early on so that precious time is not lost and your child can easily overcome and conquer their ADHD leading to a successful, happy and productive life.

*If you are not a professional please speak to you physician for the use of Medications in the treatment of ADHD in children. This blog does not constitute treatment but only educational information.